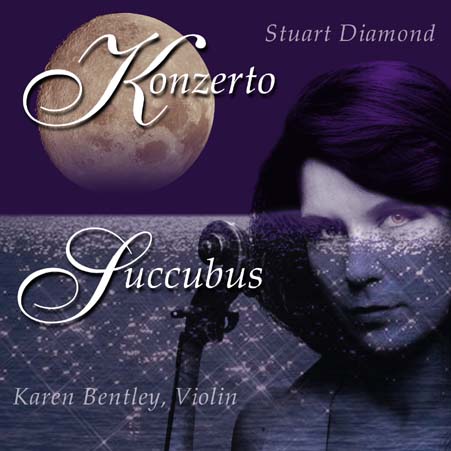 Stuart Diamond is an American composer involved in several projects in which he combines classical and electronic music. In this 50 minute musical voyage he is accompanied by violinist Karen Bentley and soprano singer Kerry Walsh.

Two compositions form the framework. The first is "Konzerto", a real concerto for violin and orchestra (where the latter is replaced by midi-keyboards). In this work Diamond tries to reinvigorate the magnificence of the XIX century romantic concertos. "Konzerto" is subdivided into four movements. The opening "Allegro" instills a sense of drama with Bentley's violin virtuoso flourishes against the idealized synthesized accompaniment. Continuing with a "Moderato", the second movement is characterized by great romanticism, thanks to its very soft and light melodies. The "Largo" again presents a dramatic atmosphere, thickened by the violin's melancholic lines. The final "Vivace" sustains a high pathos, with violin and electric orchestra continually exchanging continuous measures to create a truly fascinating concluding crescendo.

The CD really is interesting. No rock here, but those who love interesting new sounds intermixed with great classical forms will find a lot of noteworthy tracks.